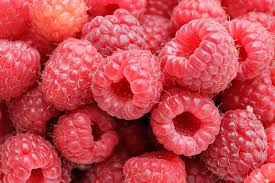 What is it about Raspberries and Cancer?

Joss Searchlight as part of ‘It’s Good to Talk’ program recently asked parents of children with cancer what their children craved during treatment.

We asked this because just after Joss was diagnosed he craved Raspberries, both fresh and tinned. We later found out that there is something in raspberries that is apparently good at fighting cancer – Ellagic acid.  Raspberries have the highest concentration of this antioxidant .

This compound is located in berry seeds, and various studies have demonstrated that people who consume foods high in ellagic acid are three times less likely to develop cancer when compared with those who consume very little or no ellagic acid. Other antioxidants in berries including vitamins C and E may also offer protection against cancer and chronic disease.

Many people also cited berries as their child’s craving following diagnosis.  Other food craving are probably less beneficial and less obvious. Names have been omitted for privacy.

Girl: My daughter ate quite a few punnets of raspberries

Boy: Tonnes of raspberries and strawberries in his year of fighting RMS, especially during his week of brachytherapy.

Girl: Pineapple and ravioli. Thankfully not at the same time!

Boy: He can eat up to 4 whole cucumbers a day and we ve just found out is also one of the food items that fight cancer the most

Boy: Tonnes of raspberries, strawberries and blueberries. And tomatoes

Boy: Chicken, chicken and a side order of roast pork

Girl: A punnet of strawberries every day.  She also ate tons of mushrooms during treatment too.

Boy: Bacon and cheese pasta. Hmmm, not convinced about this one!

Boy: Lots of Garlic. I read that garlic was good for cancer so we eat lots … I hope it does work otherwise we’ve lost friends for nothing

Girl: Broccoli, its all she would eat when she was on treatment

Boy: Pasta with cheese, minced beef and onion pies, watermelon and he loves sausages and potatoes

Girl: Chicken nuggets (had to be Mcdonalds) Other things changed every cycle of chemo. We went through ham, quavers, smarties, crunchies and roast beef hoolahoops.

Girl: My daughter craved sweets at the beginning then over night it was salt, and spicy food.

Boy: Plain smooth yoghurts!! Record was 27 in one day.

Boy: Chocolate and quavers.  Anything with cream

Boy: Strawberries and cheese. Crackers and marmite and gravy. Pizza

Boy: McDonalds chips and quavers.  Found out it was the salt that he was craving .

Boy: Anything salty when he was diagnosed. Crisps any with a strong flavour.