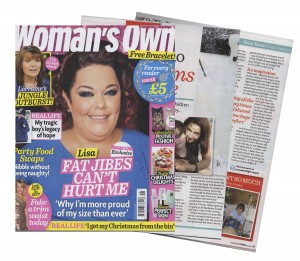 The boy who made dreams come true

Dianne Parkes is turning the wishes of sick children into reality. And it’s all down to a very special boy…

As I carefully fold the wrapping paper around the presents, I feel like Father Christmas. There’s a Disney princess outfit for one little girl, an iPad for a little boy. I imagine these children and their smiling faces. Their joy is a gift that money can’t buy, a happy memory for a loved one to treasure forever. For both these children are very ill and I, more than anyone, know how important it is to make special memories. Because I was once just like their parents, facing the unimaginable horror of a son battling for life.

Every child is treasured, but none more so than my son, Joss. My husband Nigel and I had finally conceived after 18 months of fertility treatment. Joss was born on 22 June 2000, a bright baby with big eyes who loved music.

By the time his little brother, Jamie, came along three years later, Joss had become an expert at dance routines, whirling and launching himself off the sofa as we watched with our hearts in our mouths.

That was Joss, full of life and fun. But when he was four he developed a limp. Our GP put it down to an infection, but when Joss began squinting too, I looked in a medical book — and my blood ran cold. ‘I think he’s got a brain tumour,’ I said, taking him back to the surgery.

Within 48 hours, Nigel and I were at the hospital sitting in front of a consultant hearing that our miracle boy had an inoperable stage- four brainstem glioma. It would debilitate our son and kill him.

I was speechless with horror. The consultant was blunt. ‘It’s Disneyland time,’ he said, telling us Joss could have no more than 12 weeks to live.

We left the hospital completely numb. Back home, it seemed unreal. Joss looked so well.

Yet more tests confirmed the stark reality of his death sentence, and I made a decision. If his life is going to be short, it needs to be filled with happiness,’ I vowed. We had to cram in as many wonderful memories as we could.

So, using savings, we took the boys to Disneyland Paris, then off to swim with dolphins in Portugal. Yet Joss’s health was already failing. He was desperately weak and found it hard to walk. It broke my heart, and I looked for ways to help, putting him on a healthy diet packed with vegetables.

To our joy, he gradually began to rally. Doctors didn’t know if it was his new diet, but something was working, and we decided not to subject Joss to constant hospital visits, but just embrace every day. And, despite what doctors had told me, months turned to years.

Joss knew he was ill but not that he had cancer, and we never told him he was dying. And despite his physical limitations  he amazed us, competing in school sports day, even though he finished last, and learning to play the drums, despite his problem with left-hand coordination.  His favourite TV show was The X Factor. ‘When I grow up, I’m going to be like Simon Cowell, and marry Cheryl Cole,’ he’d say.

Before we knew it, in June 2010, he was turning 10. He’d survived five years longer than the doctors had predicted. But when, shortly after, I noticed he was dragging his left foot again, I shuddered with fear. His eyesight was also failing and he was struggling to swallow. Our vow to give him magical memories took on more meaning now. So in November 2010, we arranged his best treat yet — a visit to the X Factor studios. Joss looked brighter than he had in weeks as he was introduced to all the stars. But the highlight was meeting Simon Cowell. That was the best day of my life,’ Joss beamed afterwards. Yet in the following days, he suffered terrible headaches and needed help to eat and write. For the first time in five years, I gave up on his healthy diet, letting him have all the ice cream and cake he liked. That Christmas, we flew to Tenerife. He loved lying in the pool, where I could manipulate his legs. Then, in January 2011, Nigel and I agreed he should have a routine operation to relieve the fluid on his brain. When he came round, I was relieved to see he was his usual cheeky self. ‘What are you doing here, Ugly?’ he teased Nigel. Those were the last words he ever spoke. Joss stopped breathing and though doctors resuscitated him, he fell into a coma and we knew he was gone. Nigel and I made the heartbreaking decision to switch off his life support, but my brave boy didn’t go without a fight. For two hours he clung on, until I climbed on to his bed and wrapped my arms around him. Gently, I talked about all the beautiful memories we’d made. Finally, I kissed him and said, ‘We are going to be alright, Joss.’ Moments later, he finally slipped away. I stayed there with him for a while afterwards. I couldn’t bear to leave my son behind. Breaking the news to Jamie that his hero was never coming home was devastating, but I was so grateful for the time they’d shared.

Joss’ funeral was a celebration of his life. While we were singing Shine, Jesus, Shine, a ray of sunlight fell on his coffin. It felt fitting.

Joss was a much wanted baby

Afterwards, I filled the house with photos. Seeing all the happy times we’d shared gave me huge comfort. Nigel and I knew the only way we’d cope was to channel our grief into something positive. So, in May 2011, we started Joss Searchlight, a charity to help children with brain tumours and their families. We’d give them the chance, through gifts or trips, to have happy memories like we’d had with Joss. We’d also provide support during their tough times. Our boy’s brave story would be an inspiration.

And 18 months on, we’ve already helped make 10 children’s dreams come true by giving them amazing presents and arranging for one girl to visit The X Factor, like Joss did.

From the day he was diagnosed, I have searched for a reason why it was my boy. I realise now we were just unlucky. But what we can do is bring love and hope to other families — and let Joss’ light continue to burn bright. *

Joss with brother Jamie with his hero Simon Cowell

Joss beat all the doctors’ predictions and was an active boy

You can read more about Joss Parkes at www.jossparkes.co.uk

Please email us if you have a few hours to spare. josssearchlight@me.com